hen we first started out, there was no ‚we‘. There was not even a sewing machine. Just the desire to wear an individual cycle cap while out on the road. The first attempt was accomplished by hand, using needle and thread. This was when everything started to evolve around the bicycle nerd’s typical headgear. Soon the inventory was expanded to a small sewing machine and the cut of the caps was adjusted. Countless designs were tried out. Usually, they were only presented to a small audience. Still, time had to pass until the first cap was worn on a head other than the designers.

the Cap is my Canvas

As time went on, many creative and naughty motives were tried out. Some of the more offensive caps stimulated discussions and also lead to criticism. But as Pablo Picasso said, ‚Art is a lie that makes us realize the truth‘. Not flustered by lie nor truth, many public or controversial characters found themselves on Lifeisaride cycle caps, such as Pope Francis or German swank bishop Tebartz van Elst. Through growing interest from the cycle community, bike teams and other individuals started requesting custom-designed cycle caps. Nowadays our headgear has found its way far beyond Europe’s borders and is internationally appreciated. Every piece is unique and is lovingly made by hand. But our focus was not supposed to stay solely centered around our little gems.

the daily Need to transport Something

After experimenting with gym sacks and musette bags, the vision of a custom-designed messenger bag had arisen. A piece of gear that is reliable and will last. During that time, big support was received through friend Sebastian Gondek, who was running his own bicycle label AURORA. It was him, who supplied the first sets of safety belts and sheets of Cordura, saying ‚Get a Juki sewing machine‘. If it was not for him, Lifeisaride would probably not be what it is today. With the purchase of an industrial sewing machine, the creative work and techniques were able to grow to such advanced fabrics as Cordura or tarpaulin. There was a lot of experimenting and late-night sewing involved, while at the same time successfully finishing a university degree in Mathematics. The efforts did not go unpaid. Finally the first prototypes of messenger bags went into testing.

To this day we are continuously developing our selection. We are crafting new variants and formats of messenger bags. To round off the label, many practical gimmicks are being thought of and developed. Pretty much everything that can be used in context of cycling, such as saddlebags or top tube covers. Often times, we realize our customers‘ individual wishes. There are many great ideas out there. Our Slogan I❤MyGear can be found on many of our products.

A motivated look towards the future and a lot of room for creativity is what Lifeisaride will always stand for. 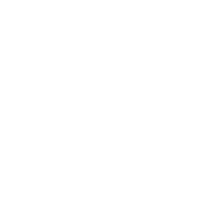